The fruits from the "Tree of Life" await you! 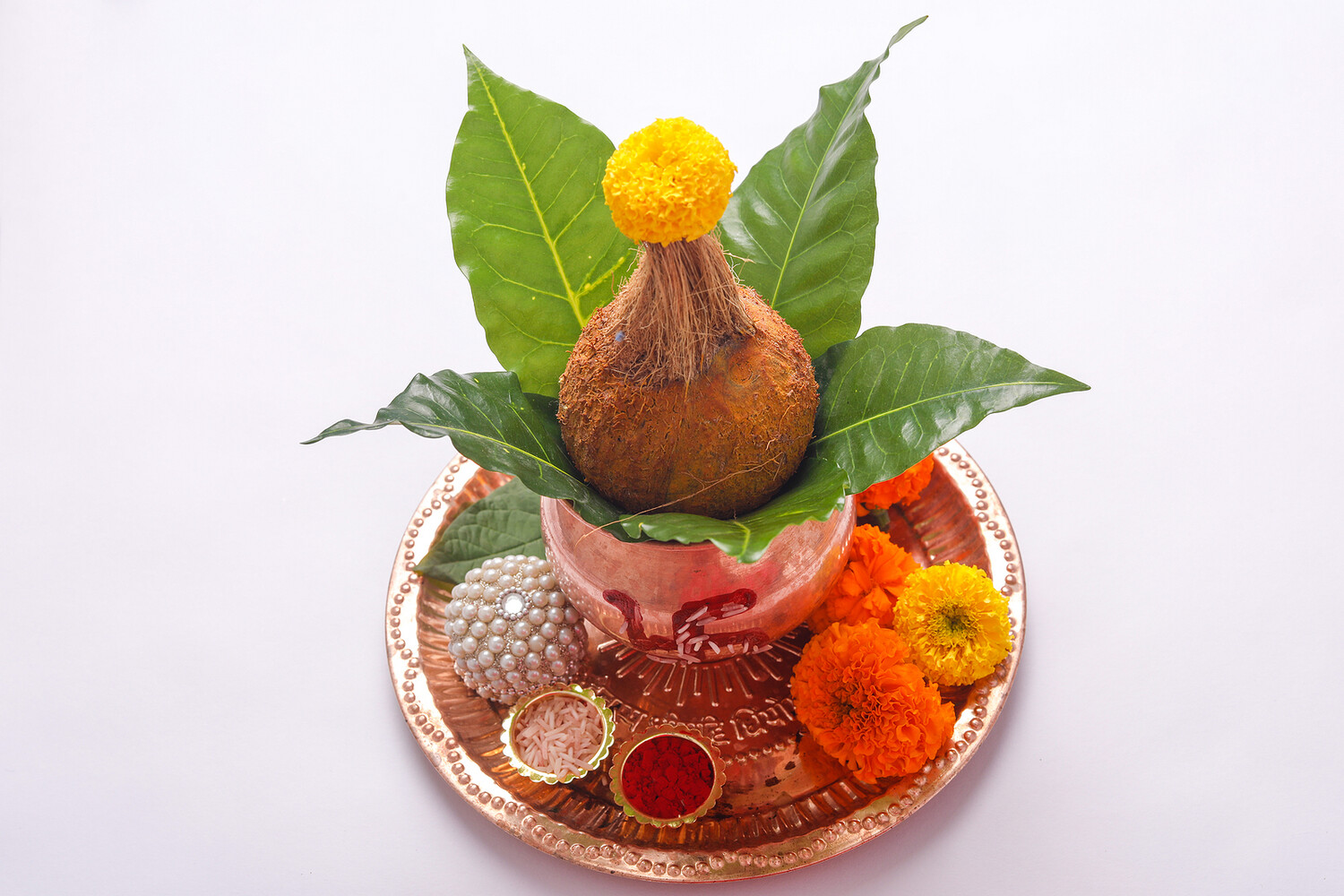 Includes - 8 Pooja / Puja Coconuts with tail. These coconuts are mature, ripe, and edible.

If you are looking for coconut water we recommend the young coconuts or or 8-9 month ripe coconuts.

Storage: We recommend. Keep refrigerated until use.

Cultural Importance of the Poojah Coconut in INDIA and Hinduism

In India, coconut or Nrikela is a primary part of several religious ceremonies. In Santana Dharma, it is a common offering. Nrikela's cultural worth has been apprehended since ancient times. For successful completion of a particular task, a pitcher known as Prakumbha is prepared which is a religious symbol representing a completed task. To prepare the Prakumbha a pitcher of water is usually placed on white paddy, a branch of Amra is placed in the pitcher, and Nrikela or pooja coconut is placed on that branch, decorated with sandal paste, vermilion, and flowers. The fruits of Nrikela are considered to be sacred and miraculous as it helps to fulfill one’s wishes and desires in Indian culture. As a result, it is considered highly holy. At different religious festivities, Hindus are offering coconuts as gifts to the Gods as reported in (Dwivedi).

Since the fruit has three black spots, it is thought to be a representation of Bhagavan Tryambaka (iva). Bhagavan Tryambaka has three eyes, as you would expect. The fruit of the plant is considered sacred by Hindus and they take it as a sign of good fortune. At the opening ceremonies, the nuts are shattered. Puja is an esteem ritual in Hinduism since it tribute to the lord or Holy Spirit and creates a link between the devotee and the Gods. 'Puja' is the basic foundation of the Hindu religion ethic. People around the globe use it for eating, but Hinduism regards it as a holy feature and compulsory part of the puja. It is often shown in a copper pot known as a 'KALASH,' which reflects consciousness. Puja entails making a spiritual connection and receiving blessings in exchange of offering to the gods. In any Puja performed at temples, houses, or offices, breaking open the coconut and placing the coconut shell containing water in front of the deity is a significant practice. At the beginning of every Hindu ritual either a wedding ceremony or a puja ceremony breaking of coconut in front of Gods is the primary and foremost ritual. Coconut is always a must-have on the list, whether it's for a wedding, a festival, or a significant puja ritual.

Save this product for later
Display prices in: USD

Find out about how we get our products to you and other associated information.